As I described before in the rock climbing blog (coming), I’m not really built for climbing things. So, the thing that kids just spontaneously do and I have avoided like the plague seemed crazy enough to qualify for my year. I would climb a tree. Even when I was a kid I didn’t really climb a lot of trees. 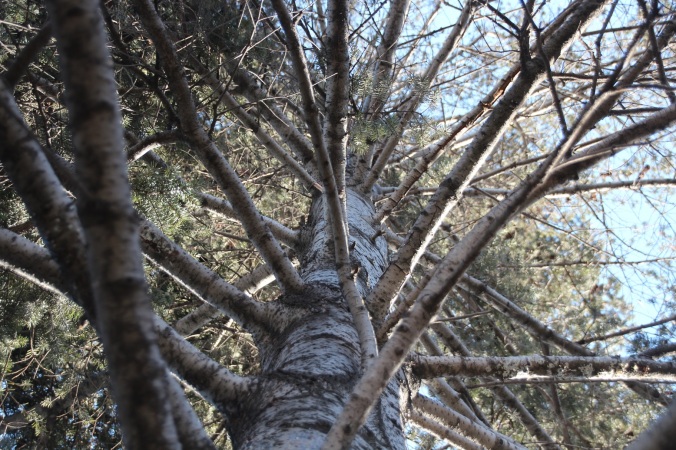 Since I’m also a geocacher, I thought I might has well kill two crazy things with one climb. Sometimes geocaches can be found in trees. The degree of difficult for the geocache itself is relatively low – you can often see it easily. The terrain difficulty, however, is another thing. For those who are geocachers this cache was SITC#6: VV Abies. I think SITC means Stuck In Tree Cache. The terrain difficulty on this one was 4/5.

I put it out to some geocaching friends who have helped in some of my crazy things – the Conair plane crash hike, motorcycle riding, etc. John, Yvonne, and Tracy all leapt at the chance to do it with me… or at least laugh at me while I did it.

“Let’s go watch Vesta get uncomfortable” is now a popular pastime for many of my friends.

We knew there was a tree climb cache in Valleyview, one near the Safeway in Sahali, and another in some trees on the hill above Costco. The Valleyview one seemed to have the less public humiliation attached to it, and it was probably the most accessible. Crazy thing – here we come! 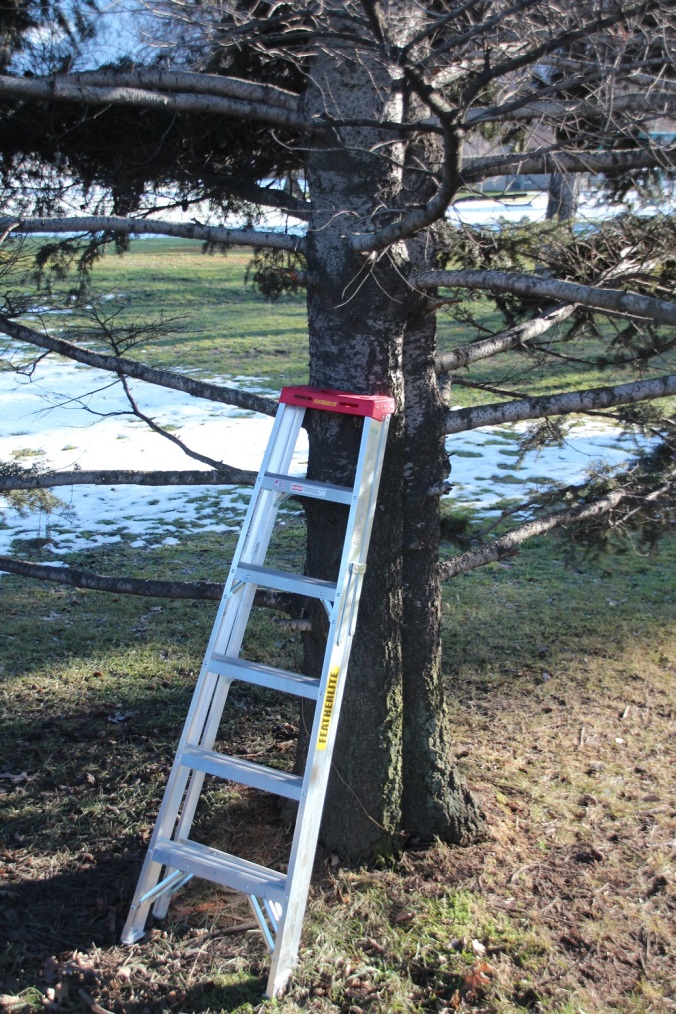 John brought a stepladder, which we didn’t really need because the bottom branches of this lovely tree were fairly low. Still, I used it (crazy… not stupid!). Tracy warned me about the sap, which I hadn’t considered… ew! John went up first and blazed a trail so I could see a good route to go up. I went next. Once I got up there I had to figure out how to hold on to the tree while unscrewing the lid to the cache and signing the log inside. This I hadn’t considered! At least I remembered to bring a pen. I if I hadn’t I’d have had to go down and come back up again. 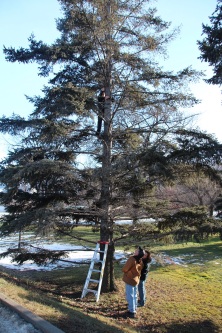 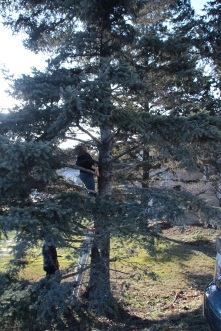 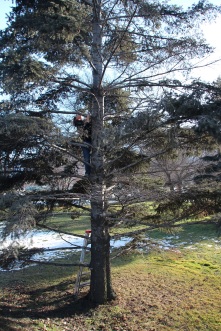 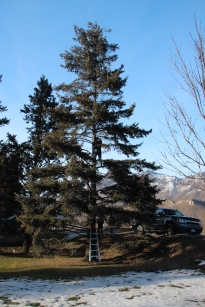 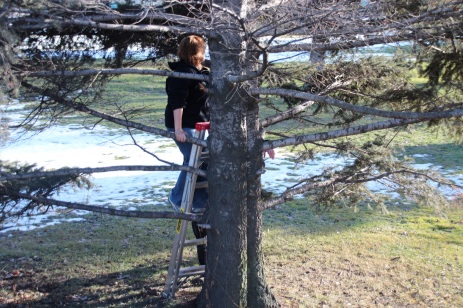 Going up was OK. It wasn’t great, but I made it. Coming down was another matter. You know that piece of advice “don’t look down!” – well how the hell are you supposed to come down the tree without looking down??? I finally made it and after a few minutes at the bottom I stopped shaking. When I was up at the top an elderly woman walked by wondering what they are all looking at. Was a cat trapped in the tree? Was there some other wildlife? Was there an interesting bird? No, it was a 49-year-old woman built like a bumble bee clinging desperately to a branch about half way up a tree. When Yvonne told her what I was doing she thought it was great. 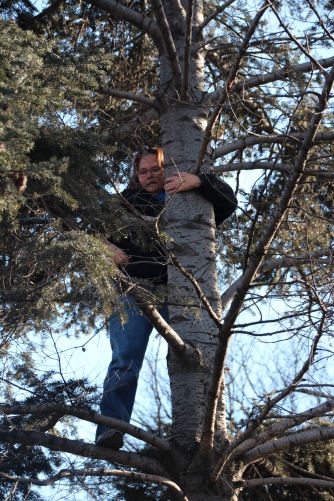 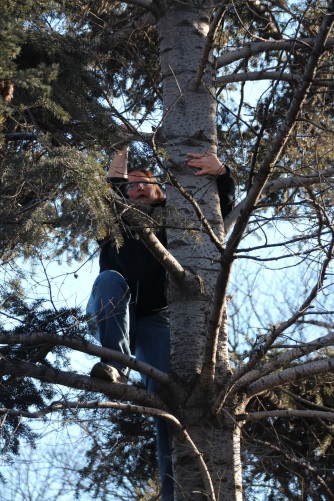 oh yeah, I climbed a tree!

Fear of falling, fear of public humiliation, lack of coordination or spider limbs… the usual!

As long as John brings the ladder! 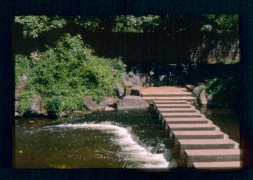