After much stress and a ridiculous amount of trauma, my friend Amanda and I have registered for the Disney Princess Half Marathon which means we will be running through Epcot and Disney World on February 22, 2015 – two days before my 49th birthday.

Now, much in that first sentence is significant. First, the trauma of registration. I’ll reveal our tips for surviving this unbelievably stressful activity at the bottom of this post. After the horrors of the registration process, however, running 21 Km (13.1 Miles) dressed as a Disney princess at 5:30 in the morning Florida time will be a piece of (birthday) cake!

What’s most remarkable about that sentence, though, is the phrase “Disney Princess” combined with “two days before my 49th birthday.”

Forty-nine is an age I’ve been backpedalling toward for the last couple of years because it is the day I start my 50th year, and I don’t feel nearly 50. I don’t feel, look, or act like an almost 50 year old would feel, look or act. I was dreading it and even cowering from it. It feels like I’m careening down a waterfall, bouncing off rocks along the sides, falling into a boiling pool with 50 painted on the bottom by some evil 25 year old. No matter how I cower or hide, it will still find me whether I admit it or not. My life doesn’t look like it should, or like any of us thinks it should at this point (ie relationships, established career, house, blah blah blah!).

So one night, while drinking wine and surfing Pinterest (bad combination! Nothing good can come of this!), I started to see Disney Princess running costumes. I thought these were hilarious so I started bombarding my friend Amanda with all of these running and Disney pins I was finding. She, a non-runner but Disneyholic, was completely baffled at why I was sending her these things. In my late night wine induced state I told her that I was going to run the 2015 Disney Princess Half Marathon two days before my 49th birthday – in Florida – in costume – and she was going to run it with me. After two days of radio silence I finally heard from her again.

Me: “I run really slow, and you’ve got lots of time to train. Really we could walk it at a quick pace.”

Two more days of radio silence followed before she, much to my shock and surprise, jumped on board. Fast forward to months later, we are both obsessing about details and actually registered to run the Disney Princess half marathon.

Now, when anyone meets me, Disney and Princess are NOT the first things they think of. This is why it’s so great. I’m not just getting out of my comfort zone, I’m leaping out of it in full princess regalia and stomping on it with both feet! Working at the library, one of my favourite patrons came in and when I told her what I was planning to do and how I was dreading 50, she, who is in her sixties, declared, “You know what you need to do? You need to do 50 crazy things in your 50th year! Don’t cower from it, hurl yourself at it!” I picture myself like paint splatter being flung off a brush and onto a canvas that is my life. Hmmmm. She did get me thinking.

At that time I was also in the process of making a dress and some skirts from upcycled t-shirts (more on those in a future post). I realized at about this time that these pieces of clothing I was making had no labels. There were no sizes. They were fitted to me and that was the only label they would have – fitted to my size right now. I had an ‘aha’ moment then – 50 is a label. When I look at clothing, a 12 in some brands is not the 12 in other brands. Those are just labels that someone stuck on them. What if the same was true for me? What if 50 was a label I, and others, created years ago that has nothing to do with who I am now? What if I got rid of it like I do itchy and irritating clothing labels? It didn’t hurt that I saw shortly after that Sandra Bullock is turning 50 this summer. Suddenly it didn’t look tooooo bad! If she could do it, maybe I could too.

Thus, my plan to do 50 Crazy Things in my 50th Year was born and I will launch that year on February 22nd by running the Disney Princess Half Marathon, in costume, with Amanda and 26,000 other princesses. For the other 49 things I have a list, but it isn’t complete yet. My main rule is it will not involve jumping out of, off of, or onto anything (regardless of the paint splatter image)!

Amanda and I are now busy planning the details of our trip – good thing we both LOVE planning – I’m sure we’ll need a 12-step group when we get home and have nothing left to plan. 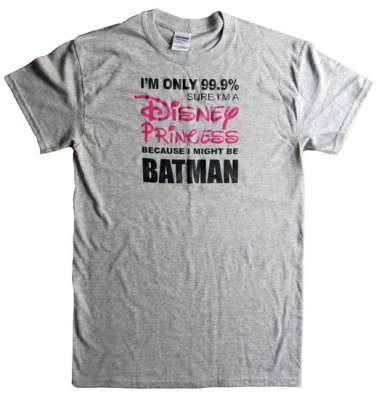 Vesta and Amanda’s Tips for registering for a Run Disney run:

These events sell out fast and they are notorious for computer crashes and other terrifying obstacles to registration. Since the obstacles don’t seem to be going away, here are some tips for getting through the registration process with at least some of your sanity intact. Amanda and I were VERY prepared. We also took very helpful information from a number of blogs and postings from other runners.

After we registered Amanda (the extrovert) was energized and ready to rip through her day. I (the introvert) stared at the ceiling and waited for the world to stop spinning, which took most of the day.

Some of the many blogs we found helpful for the registration process:

Now I’m off to get my life handled before the race starts and before I turn 49!